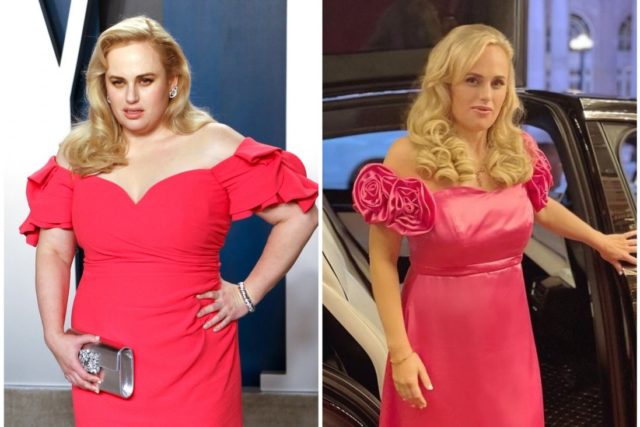 Weight loss is not easy. It requires constant motivation and lifestyle changes to shed those extra pounds. and if you are looking for some inspiration, the internet is filled with celebrities who are losing weight expeditiously.

Even for Hollywood celebrities, weight loss is not as easy as it looks. They have to work hard to get in shape. Some of these celebrities fixed their eating schedule while a few others turned to workouts to stay fit.

Be it for a role or personal reasons, some celebrity transformations are inevitable and have truly become an inspiration for us, hence proving that being consistent can undoubtedly give you the results. Check out these ten actors who lost weight and set some fitness goals for us.

Jennifer Hudson’s weight transformation story is impeccable. She rose to fame in 2004 but came into the limelight after her performance as Effie in Dreamgirl. Since then, Jennifer worked to keep her weight maintained as she had lost almost 80 kgs.

Hudson spoke in an interview and said that she watches what she eats. “I’m very careful and cautious of what I’m eating, so I just try to pace those meals throughout the day. Like, okay, eat here, don’t eat here. When it’s early in the morning, I say, okay, I would’ve been asleep … so I’m not going to eat. I’m very conscious of what I put in my body.” she further added.

When Adele took to Instagram to share her transformation picture, it was a jaw-dropping moment for everyone. So much that her photographs went viral, garnering more than a million views. She has been private about her personal life as well as her weight loss journey. Hence the audience was stunned when they saw she had shed weight. According to US Weekly, she had hired a personal trainer and followed a 60-minute workout session that included cardio, Pilates, circuit training, etc. She was also pursuing a stir-food diet to set an example for her son.

Simon Cowell took a healthier approach instead of focusing on weight loss. He lost about 20 pounds to stay fit after suffering a fall in 2017 in London. As for his diet, he left dairy and managed to drop about four waist sizes. He said in an interview, “If you’re on a diet you have to keep the food sensible, but it’s got to be interesting and tasty, then the diet’s surprisingly easy.” He also gave up sugar and a few other things with it.

He further added, “I cut out a lot of the stuff I shouldn’t have been eating and that was primarily meat, dairy, wheat, sugar—those were the four main things.”

In 2020, Drew Barrymore’s transformation too stunned the fans. The actress lost about 20 pounds. The star also said that it’s hard to maintain the weight you like and said on Instagram that “Diet and exercise and fighting like a lion for it”. Barrymore also said that if she did not work out, she would be the size of a bus. That’s hilarious but also Inspirational. Barrymore is a mother to four kids, and hence her transformation is definitely applaud-worthy.

Intermittent fasting has been in trend for a while now, and Jimmy too started following it and then lost almost 25 pounds. He also replaced two meals of the day with protein shakes and made his dinner quantity less.

The ratio he follows is 5:2. He told Men’s journal during his interview, “On Monday and Thursday, I eat fewer than 500 calories a day then I eat like a pig for the other five days.”

He also added that it’s hard, but you learn to get through it. When he feels hungry, he consumes coffee, peanut butter, apples, etc. And the rest of the days, he eats what he likes whilst also controlling and balancing the meals. Isn’t that inspiring now?

Mother of two kids, Carrie Underwood, said in an interview that she could not run fast or even carry weights after her pregnancy. However, instead of losing weight, she decided to keep a watch on her lifestyle. She then started acknowledging her body. She worked with her trainer and set herself on a vegan diet. She said in the interview, “To me, working out—my husband has said it— he was like: ‘You’re, like, a more pleasant person to be about when you have a workout in the morning.’ And I was like, ‘I know! I feel better.”

Rebel Wilson shed more than 30 kgs, and this incredible transformation inspired many. Her slimmed-down figure was seen when she was playing tennis in Los Angeles. She had been struggling with her weight for years, and she declared 2020 the year of health. She also focussed on cutting down on sugar and junk food. Going by her weight loss journey, it seems she is pretty strong and loves high-intensity workouts.

Most of the actors have to work hard on their weight due to their roles in movies. Jonah Hill, too lost weight but then had to gain about 40 pounds for his role in War Dogs. The actor then started losing weight again. He mentioned in an interview that he cut down on alcohol. Apart from that, he focussed on the gym too. He put up a post on Instagram about body positivity.

Bronson Pinchot, star of Perfect Strangers, lost weight amid the pandemic, which is hard to do. In an interview, the sitcom star said to Page Six that his journey began in May 2020 when he saw a picture of his from 2017. He was horrified to see the amount of weight he had gained.

He then started losing weight, and the first thing he got rid of from his kitchen was junk food and decided to take a healthy route with veggies and fruits. He is now vegan and also fits into the clothes he wore when he was 26.

Khloé Kardashian was overweight once upon a time, but she then decided to work on her lifestyle. This didn’t just help her lose weight, but she also gained confidence. The Keeping Up With the Kardashians star started working out hard, and it took several years for her to reach her goals. However, it paid off in 2015 when she dropped a whopping 35 pounds. She continues to follow her fitness plan and often shares it on social media. She gained weight during her pregnancy, but she went back in shape after the delivery and lost 33 pounds.

Chris Pratt, the star of Guardians of the Galaxy, had to gain and lose weight multiple times to fit into roles in movies.

He bid adieu to his dad bod for six-pack abs for which he worked hard. Next, the actor slimmed down to play a prominent role in Zero Dark Thirty and another 80 pounds in 2014.

He gained weight for Parks and Rec but said it led to impotency and fatigue. That’s when he decided to change his lifestyle, and since then, his transformation has been an inspiration.

So these are some well-known celebrities whose fitness journey inspired and motivated us. The changes were dramatic and left everyone stunned. Are you encouraged too? Let us know in the comments below.

Read More:10 Most Shocking Transformation of Child Actors in the Hollywood Industry 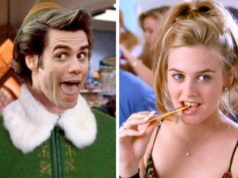 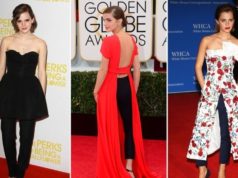