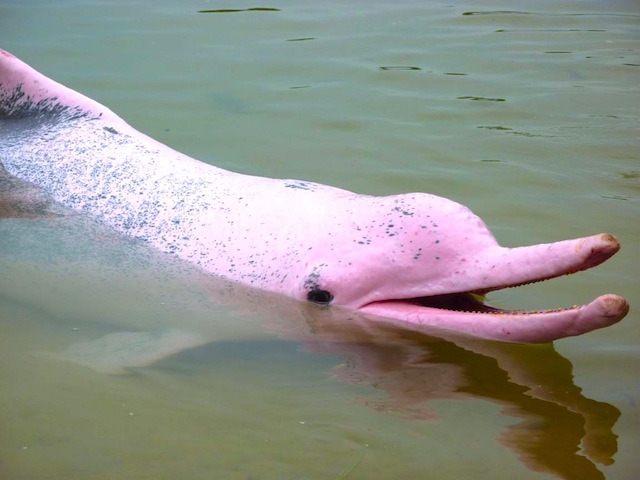 Imagine that you are traveling on the beautiful river Amazon while an interesting pink dolphin is swimming with you. 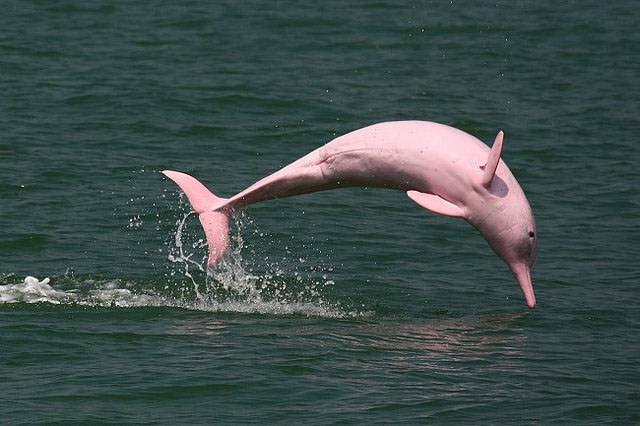 While this may sound like a fantasy, it is true that pink dolphins exist and live in the Amazon region. 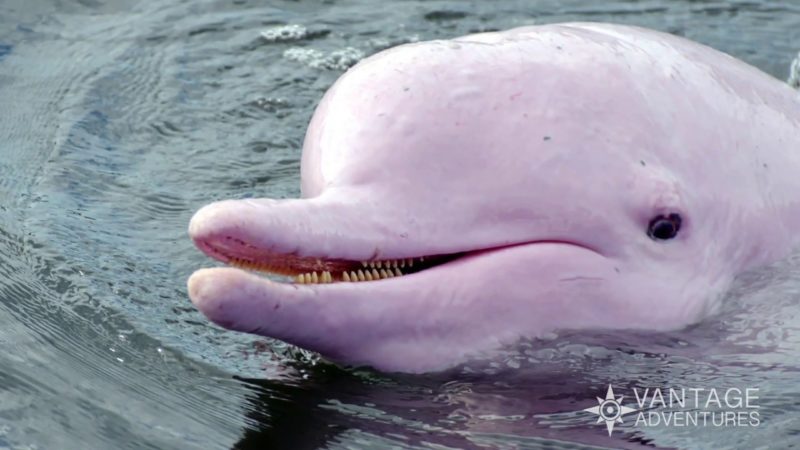 At 2.5 meters (8 feet) tall and weighing about 180 kilograms (400 pounds), the Amazon River Dolphin is a giant between dolphins. 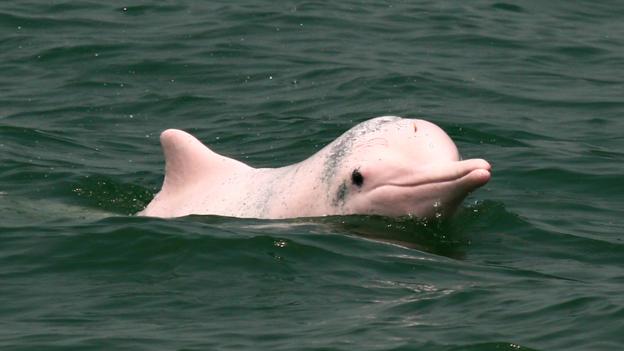 This unusual creature thrives in temporary lakes in South America due to seasonal floods and rivers. 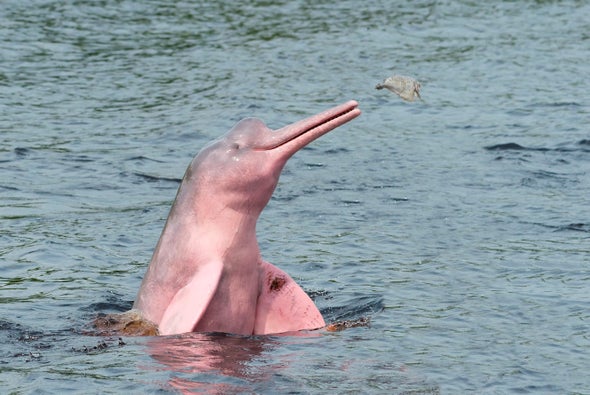 But it’s not just the size that makes the Amazon River Dolphin unique. Not only is it a freshwater dolphin but it is also pink! 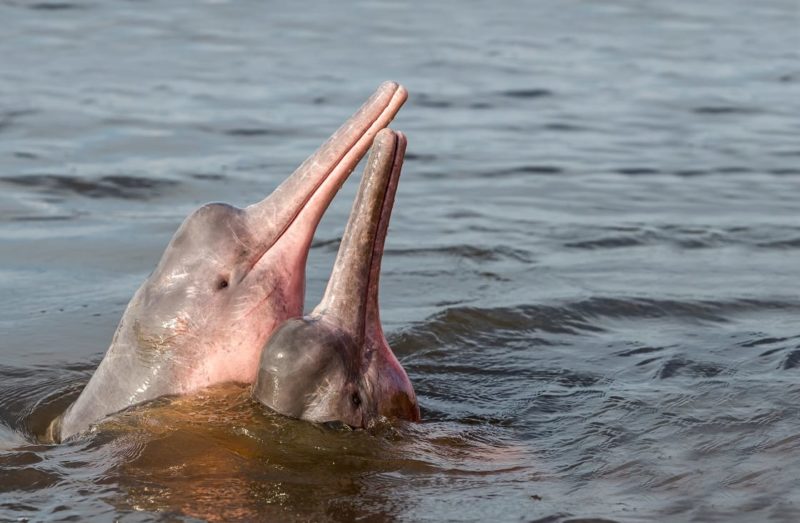 However, they are not born pink, instead, they come into this world in a pale gray color, and turn pink as soon as males enter puberty. 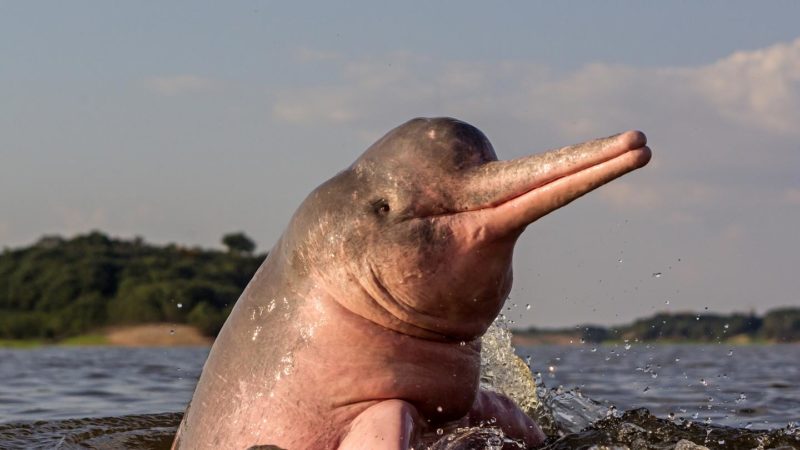 Most of the time, they are not clear pink, but they have gray spots on them due to callus from dolphin scorpions.

They often turn pink due to external factors, such as when they get excited, or things like food and exposure to sunlight. 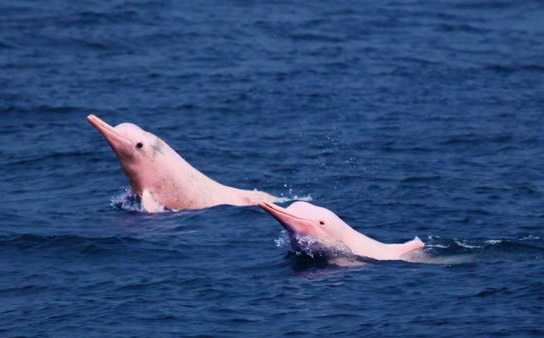 It has also been speculated that the pink color helps dolphins blend in with their surroundings. 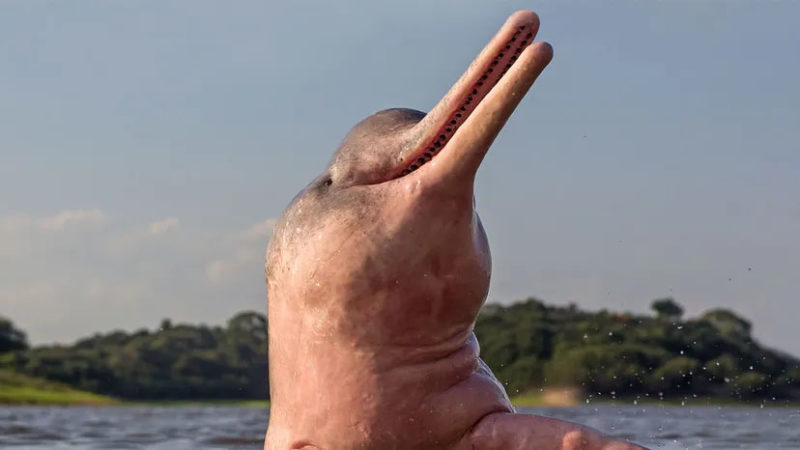 This species is one of the five freshwater dolphin species and belongs to the common saltwater marine dolphin. 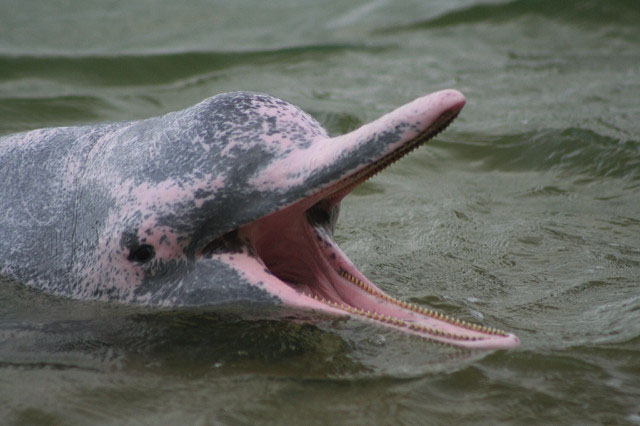 One thing that distinguishes these species from their distant cousins is that they have a hump instead of a dorsal fin on their back. 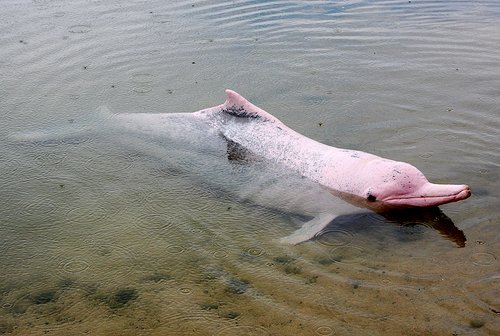 The wetlands of the Amazon are home to many rare and beautiful species.